During Brene Brown’s ecourse, The Gifts of Imperfection, she once said, “Vulnerability is uncertainty, risk, and emotional exposure.  Showing up and being seen when there are no guarantees.  Perfectionism is the 20-ton shield

[protecting us from being vulnerable].”

Today’s Aha! Moment is a little different from previous posts, as it has to do with a whole bunch of seemingly unrelated stuff that is, “aha!”, actually all related.  Namely, a book I didn’t want to read, the loss of a 20-year companion, pills on the kitchen table, and perfectionism.

As most of you reading my Aha! Moments know, I am in recovery from OCD.  To keep myself in recovery, I do exposure and response prevention (ERP) maintenance therapy.  I also read and think about OCD all day long, because I help people with OCD learn how to overcome the disorder using ERP.  In addition, I do advocacy work to raise awareness of OCD and its appropriate treatment.  So you might think if anyone would have the tools, training, and resources to perfectly keep OCD in its place, it would be me.

Wrong.  My recovery has been far from perfect.  And just following Brene’s advice and being vulnerable by sharing my imperfection with you is a form of ERP.  So, *gulp*, yes, I’m a little anxious right now. But I think embracing anxiety and imperfection is critically important to recovery, so here I go.

The book I wouldn’t read

I recently joined a book club with some old friends.  At my first meeting a few months ago, I listened to my friends describe next month’s novel, Still Alice, about a 50 year old woman  who is diagnosed with early onset Alzheimer’s. I all of a sudden felt that hot, sick feeling in my stomach, as I learned that someone a little older than I am can get Now, it’s not that I can’t handle knowing about illnesses.  But from the feeling in my stomach I just knew how my OCD was reacting—it was freaking out.

My OCD is terrified of fatal diseases. Its two favorite illnesses to obsess about are…can you guess?…..AIDs and rabies.  And after book club it added a new one to its list of most-feared illnesses:  early onset Alzheimer’s.

I just didn’t want to deal with my freaking-out OCD, so I knew reading Still Alice was going to be a problem.  But I bought the book on Audible anyway, thinking it wouldn’t be so bad to listen to during my commute.  Then I ignored it and listened to my favorite mystery novel, Broken Harbour by Tana French, instead.  Because book club was weeks away, right?  I didn’t need to listen to it right then!

Then book club was just a week away.  Annoyed to be leaving my very engrossing mystery, I went ahead and started listening to Still Alice.  The novel was depressing.  I was bummed.  And then my OCD started taking me for a ride.

In the book, Alice goes through all sorts of memory tests.  I could take these tests right along with her since I was listening to the book in the car.  The doctor would tell her an address, then ask her all sorts of other questions, then ask her for the address again.

Alice couldn’t remember the address.  And neither could I.

My brain started making all sorts of excuses: “Well, now there are all sorts of reasons why you didn’t remember the address.  You’re tired.  You were paying attention to something else while he said it.  And anyway it doesn’t matter because this disease is hereditary.  No one in your family has early onset Alzheimer’s.  I’m sure you’re fine.”

But my brain wasn’t really convinced by its own arguments: “But maybe you’re not fine. You are 43.  That’s only 7 years younger than Alice.  You have been forgetting stuff lately.  Maybe you do have this.  Maybe you should go get tested.”

And then: “No, that’s not necessary, you’re fine. I know it. Everyone forgets things now and then.”

You would think that I of all people would recognize this commentary as a mental OCD ritual, because of my own treatment, my profession as an OCD therapist, and my advocacy work.  But no, all of this sounded perfectly logical to me.  It’s what I call “stealth OCD,” when OCD masquerades as faultless logic to get me to pay attention to it without recognizing I’m doing so.

And the more I listened to the book, the more this “logical” commentary unleashed itself in my mind. Why was OCD able to get a stealth foothold so easily?  Because it takes advantage of times of stress to try to insert itself into my life.  And during this period of time I had been under some intense stress.  My dear kitty Abby, who had been a constant companion to me for more than 20 years, was very sick.  My husband and I, with the help of our vet, were doing everything we could for her.  Then, after months of her health improving and then declining and then improving and then declining, she stopped eating.  We knew it was time to let her go.  We had a vet come to our home and gently put her to sleep, so that she could romp and play in cat heaven.

So I had been stressed for months.  Then I was grieving for the loss of Abby, who’d been with me my entire adult life.  I was in a vulnerable, weakened state.  And that’s when OCD went after me with a vengeance.
Go to the final page -> I’m a cognitive behavioral (CBT) therapist providing exposure and response prevention therapy for people who have OCD, anxiety disorders and depression. I am passionate about helping adults and adolescents take back their lives from these disorders. More > 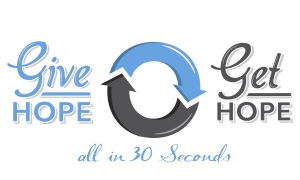